AUTO WEEK – It’s in the Details 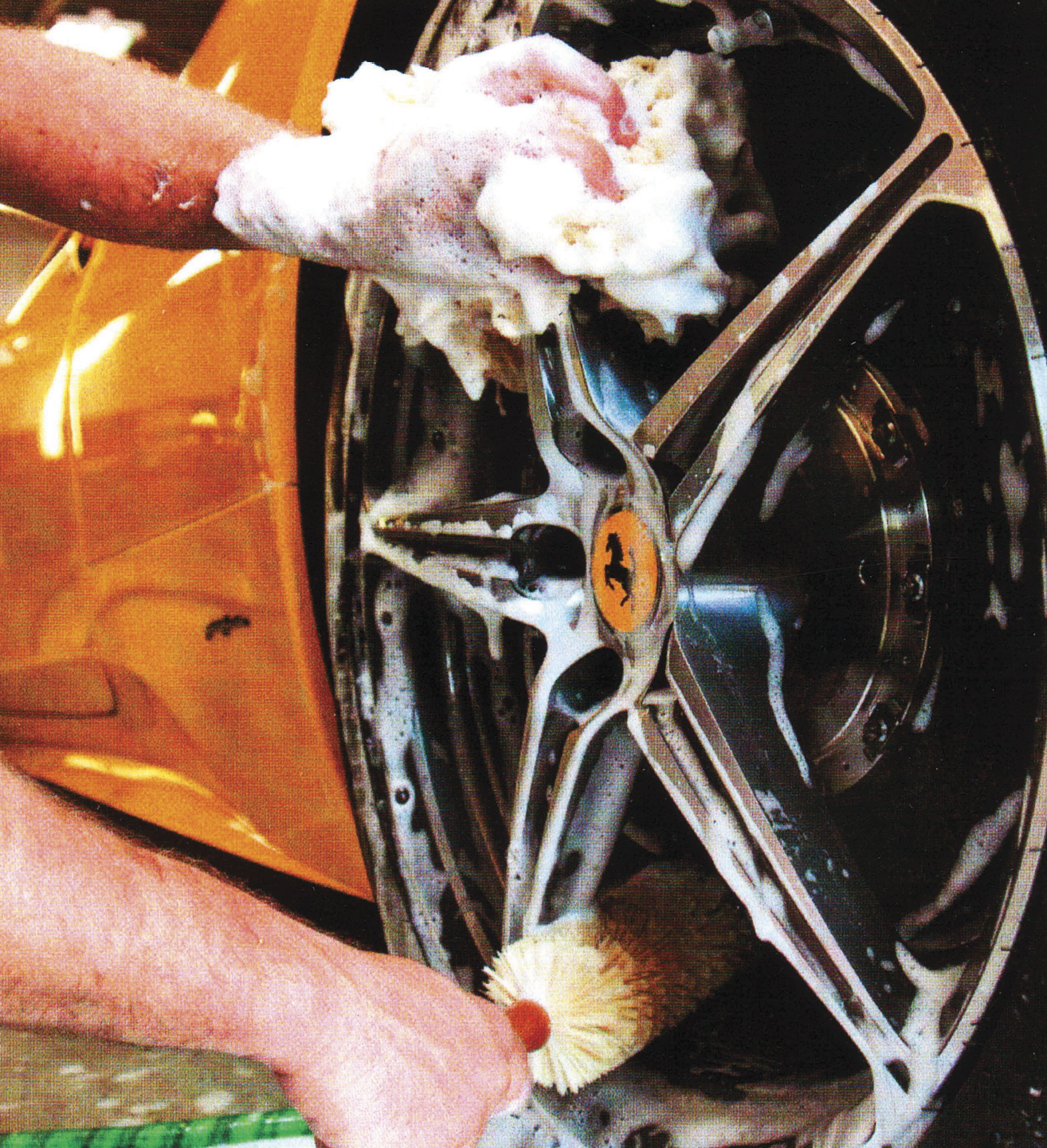 They don’t skimp on the time at Motor City, and they definitely don’t skimp on the product. Back and side rooms of the brick building are filled from floor to ceiling with every sort of wax, polish, paint and dye you could imagine. In addition, they don’t just use· the mixes from the factories-sometimes they improvise.

“After years of playing with the stuff,” says Lifter, “we’ve found mixtures of cleaners that have made us happy. We do some touch-up paints like that as well.”

The shop, just east of Detroit’s famed Woodward Avenue, has been open for four years, but 39-year-old Lifter has been practicing his craft for more than 20. He’s not just an employer either. One look at his hands shows that he knows his way around some rubber trim. When we checked out the garage, he had no fewer than eight cars in various stages of detail, from a late-model Toyota 4Runner to a 1962 Buick Special station wagon getting ready for the Woodward Dream Cruise. Lifter has his own car collection, includ­ing a 1923 Ford Model T, which was parked out front, a 1965 Cadillac De Ville and a 1965 VW Beetle.

Lifter offered us some tips on home detailing, starting with one main point: If you don’t know what you’re doing, leave it to the professionals. Picking a com­pound and rubbing just won’t cut it, ex-cept for your paint, which will be cut deeply.

“We spend a good amount of time fix­ing things owners have messed up,” says Lifter. Motor City can go over damaged areas with a buffer, but only so much can be repaired.

Tools for a decent detail job include a selection of brushes with different strength bristles, a carpet cleaner with a hand tool, a buffer of some sort-if you’re an expert-and, finally, a mountain of soft rags.

Other tips for detailing in the home garage include using denatured alcohol for sap and bug stains, fine-grade steel wool on chrome accents, a Christmas­tree brush to get the inside of wheels and a non-ammonia-based cleaner for naviga­tion screens.

“Also, don’t dry your car with a ter­rycloth towel. It will scratch the clearcoat,” says Lifter. “We use a California blade and microfiber towels.”

When it comes to paying for expensive cleaning products over the cheap stuff, Lifter only has this to say: “I’ve never seen a product last longer than a year. Any wax or spray that claims to keep your car protected for three or four years will need to be reapplied much sooner.”

The statement was said with confi­dence and a wry smile, but even if not, we’re inclined to believe him. A local Detroit TV station named Motor City Auto Spa the best full-service detailer three years in row.